I have always been a huge fan of Caol Ila - if I am honest it is probably my favourite Islay malt - although I can see in a few years time Kilchoman may be pushing it close as they have had some brilliant releases so far.

The 12yo distillery bottling has been on the go now for a number of years now since the legendary 15yo flora and fauna bottling was taken off the market. I was actually supposed to be on Islay at Caol Ila for the launch of the new Caol Ila bottlings but unfortunately my sister went and got married and I had to miss it (Not unfortunate that my sister got married - she is still happily married!).

Anyway the 12yo distillery bottling was not my favourite when it first came out and generally speaking I have always preferred independent bottlings of Caol Ila to the distillery bottling. That said I tried this again at Hogmany and was very impressed with it - in fairness it was at 5am on the 1st of January so not the best time to do tasting notes! So lets give it a try again:

Taste: Reasonable initial hit of peat, black pepper, lime, more olive oil and a touch chalky. Tastes a little bit like paracetamols! Some creaminess does emerge and then there is the (for me) typical lawnmower flavour of Caol Ila. More ashiness also develops.

Finish: A little clingy, quite chewy and oily but a slight sour note is a little unpleasant. More ash and also a touch of salt.

Comment: A decent dram from a very consistently good distillery - this whisky is good although not as good as I remembered it being on the 1st of January. If it wasn't for the slight chalkiness and the sour note this would be a cracker. Maybe if it was at 46% and not chillfiltered true Caol Ila would be allowed to shine through. Not bad but not a cracker.

On a side note - I actually got this bottle from my neighbour who had actually asked me to try the whisky as he thought it was off! He couldnt belive when I told him it was actually supposed to taste like that! He is very much a Speyside man! Was all good for me as I scored a bottle of whisky - well what was left at the end of the night!
Posted by Malthead at 9:35 pm 27 comments:

Email ThisBlogThis!Share to TwitterShare to FacebookShare to Pinterest
Labels: 12yo, 83/100, Caol Ila, Diageo

Drunk as a couple of Monkeys! 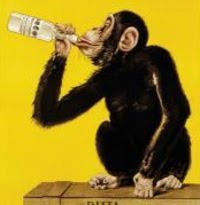 Well we are in to 2011 and hopefully I will manage more than the 7 posts I managed in the whole of 2010! Must try harder. Anyway I was reading Bad Whisky by Edward Burns - a cracking book about the adulteration of whisky (and many other things) in Glasgow at the end of the 19th century and I came across a fact that I had never seen before. (I now see it was posted on Malt Maniacs in 2006 so I am a little behind the times).

Anyway the jist of the story is that two Monkeys helped to bring in the immature spirits - it was thought that the fusel oil in new make spirit was bad for the health and that by maturing whisky in wood it reduced the fusel oil in the spirit making it safer to drink.

To prove this theory two Monkeys were made drunk. The first got drunk on new make spirit and "was seen to become quarrelsome" which they put down to the Fusel oil which at the time was "well known for making men fighting drunk".

The second Monkey got drunk on aged whisky and it became "markedly hilarious". In the true spirit of science though when the monkeys sobered up they swich the drink that they had - the monkey that had been angry seemed to "cheer up" and the happy one to become "aggressive".

It is not recorded though how the could tell that the monkeys were sober or how long they left them before switching the drinks. It all makes sense really if you were drinking new make spirit all day and you could see your mate drinking matured whisky you would get a bit pissed off - but you would certainly cheer up seeing the smug grin later being taken off his face as they take away his old whisky and replace it with new make!

Any on the back of this Greenlees brothers released a whisky called The Monkey Special - sheer brilliance. If anyone sees a bottle I would definitely be interested in it! However a word of warning - it is amazing how many pictures come up in google when you search for pictures of drunk monkeys!

Does make you think though! Those guys that are always angling for a fight on a Saturday night maybe it is not their fault - its not that they have drunk to much alcohol they have just been drinking too much Fusel Oil!

Email ThisBlogThis!Share to TwitterShare to FacebookShare to Pinterest
Labels: ramblings 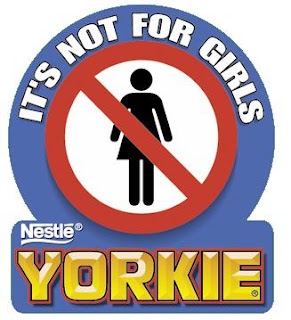 Bruichladdich Not For Girls Either!

Ok it may have been taken out of context but don't men like gin? And is Bruichladdich not appreciated by women? The scary thing about this post is that i am half way down a bottle of Darcy's view at the minute so therefore I probably thought it was funnier than it actually is!

I just find this a very backward way of thinking for a "progressive Hebridean distillery" that said can't wait to try their Gin! 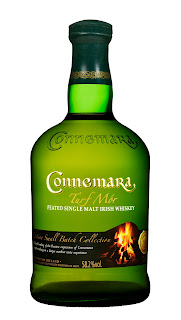 I have long been a fan of Irish whiskey (Green Spot, Redbreast and to be honest Paddy being particular favourites), and I must say I have liked what has been coming out of Cooley over the years so I was delighted to recieve this sample from Cooley. I tried this quickly one Saturday morning on a particularly heavy day of whisky sampling and it stood up well so I thought it was about time that I tried it properly. This is the Peatiest expression of Cooley so far at over 50ppm and is limited to under 20,000 bottles. So lets give it a try.

Taste: Big - but smooth at the same time! This is is the smokiness builds up but is not over powering. some autumn leaves comes through, cigar smoke and then a light grassy note emerges. Lime zest, some shortbread notes and again that olive oil note comes through.

Finish: Initially the finish is not as long as you may expect but then it builds mainly at the front of the mouth. Quite ashy in the finish but again not over powering. There is lots of grassy Herby notes emerging also and then becoming quite oily.

Comment: This is really good, I like it a lot. What I would say is that for a delicate base whisky it stands up well to the obvious peat assault. At 58.2% the alcohol doesnt over power either and the addition of water only softens things slightly. Personally I like it straight. Anyway at 20,000 bottles it may not be a hugely rare bottle but I will be searching this one out. 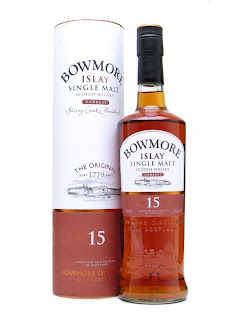 Distillery bottlings of younger Bowmore and to be honest younger Bowmore in general have been given a hard time from "people" in the so called know! French Whoores Perfume FWP and all that. And I have to admit at times I have fallen into this trap myself on a few occassions and have probably stayed clear of distillery bottlings for too long. Bar the old stuff which is incredibly good! That said some of the IB bottlings from the early 90's onwards have also been stunning.

Anyway I was given the Bowmore 15yo Darkest blind and I thought it was bloody good. That said it was at the end of a boozy meal so I thought I would try it again in a more controlled environment. Here goes!

Finish: Lightly smoke and a little dry granite. A little bit chewy and touch of grapefruits.

Comment: A decent enough dram perhaps not as good as I remembered it. I will quite happily drink this - probably quite a lot of it - but if this had been at 46% or at cask strength this could have been a belter!
Posted by Malthead at 9:43 pm No comments:

Email ThisBlogThis!Share to TwitterShare to FacebookShare to Pinterest
Labels: 15yo, 86/100, Bowmore

Glenfiddich are showing that there is not a trick to be missed when it comes to creating a new bottling. There new Snow Pheonix is only available to members of the Glenfiddich explores club and as there was only 1000 bottles available then it is likely to sell out very quickly. I had actually joked with people that there will be an official bottling to commemorate the big sna' of 2009 but I never thought that it would be Glenfiddich. I suppose fair play to them and they are donating money to the Cairngorm Mountain Rescue team so it has to be a good thing!

One thing I will say it is much more limited than the Don Ramsey bottling they did a few years ago which was limited to something crazy like 274 casks!
Posted by Malthead at 1:35 pm No comments:

Benriach to buy Black Bottle - well I could be wrong!

Meant to post this the other day when I saw this article in the Scotsman stating that Benriach are looking to buy a global blended whisky to help them move forward. Just putting 2 and 2 together and probably getting 74 but wouldn't black bottle be a good fit for them?

Black Bottle I think is currently owned by CL Brands who are in real trouble - word has it that Bunnahabhain is in real need of investment but little money is available for standard up keep of the distillery. With Billy Walker's Burns Stewart background and therefore understandable knowledge of the Black Bottle brand could this be a possible fit?

As I say it may be pie in the sky but if I am right you heard it here first. I imagine something will be announced that they have bought shortly as I doubt it is coincidence that Benriach say they want a blend without having an iron in the fire somewhere.
Posted by Malthead at 11:41 am 2 comments:

We Support Serge's Cause